IMT Challenge: "This week at Inspire Me Thursday, our theme is Control. Take this topic in whatever direction you wish, perhaps thinking about your creative process and what you control and what you don’t control..."

SF Challenge:"Since Halloween is fast approaching, and it's fall, let's focus on the color orange." 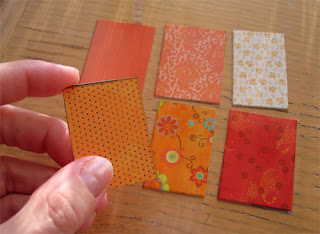 Since my suggestion was used for Studio Friday's challenge this week, I thought I'd better KISS (Keep It Small, Stacia)...literally!

For my "orange" entry I found these small orange patterned papers. Each piece above is about 1 x 2". Small papers for a small image!

I decided that IMTs theme of "control" would relate to my tight time schedule with future creative projects. To participate in challenges will mean keeping projects small and easy.
Posted by Stacia at 5:34 PM 3 comments: 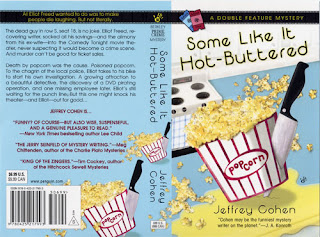 Last November I was hired by Berkley Publishing to illustrate a book cover for their Prime Crime Mysteries series. It was published this month, October 2007. If you'd like to read about the story authored by Jeffrey Cohen...it's for sale on Amazon. 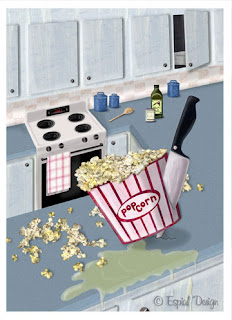 This was my final version sent to them in January 2007. They made some modifications for their book cover (see above) with my approval. They also asked me to create a logo for their series. The two ticket stubs was their final choice.

Overall, it was a good experience working with Berkley Publishing!
Posted by Stacia at 2:04 PM No comments: