Normally, this is the season for getting my paper therapy on, and I'd be at the Western Washington Scrapbook Retreat in Port Townsend, WA, a wonderful place to hang with the ladies while I cut, glue, and soak up the coastal Fort Worden atmosphere. But this year it was canceled. Covid. 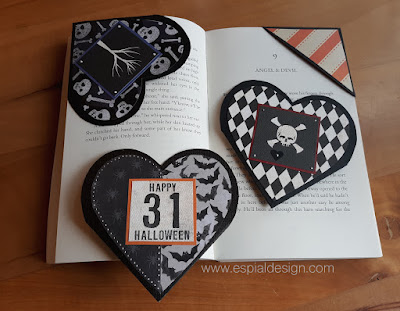 Happy Halloween!
And in a perfect world, my latest book would've already been published, and I would have tucked these one-of-a-kind Halloween corner bookmarks between the pages and made deliveries to Little Free Libraries as a Halloween treat. Unfortunately, the SCBWI contest I entered prevents me from hitting the "publish" button until the winners are announced, and it's been delayed by three weeks. Covid. 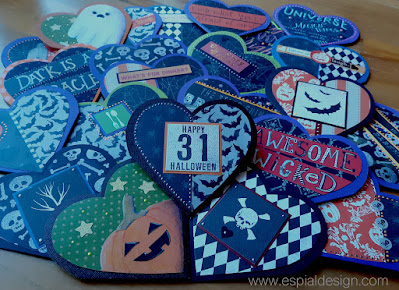 A Halloween Haul
Corner Bookmarks
Throw in a rare blue moon, a demonic apocalypse, and a time change...Well, guess where I'll be? Not outside in the dark, that's for sure. I'll be with my pooches, Tilly and Tango, snuggled under a blanket while reading a good book. No bitters or salt here because I enjoy making them and consider myself one step ahead for next year's Halloween blitz. Whoot!
Now--stocked up on glue tape, my scissors sharpened, my paper sorted--bring on the next holiday.
Posted by Stacia at 12:56 PM No comments:

Book #3 remains a button push away from being published. So while I play the waiting game...here's a spooky blackout poem from page 3 of book 3 called Three. 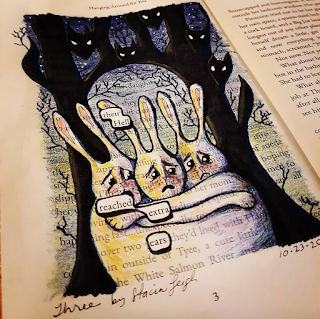 "Their hell reached extra ears."
Three
Posted by Stacia at 11:35 AM No comments:

Book #3 is coming soon to a mega online store nearest you. It's a YA story about lies, spies, love, and adventure. Need a bigger taste? Check out the official back copy:

Forget something?
Abandoned by her free-spirited mother, Pinecone Rudd has been left with the only “family” she’s got, her mom’s ex-boyfriend, a seasoned biker named Hammond Barba. Together, they’re hiding a grievous secret, which has Pinecone making up stories, like how her mom is simply overseas, practicing yoga, and living her dream...but when a new, good-looking senior named Beau Smiley shows up at school, asking questions and hanging around, things begin to unravel. He’s definitely one to keep an eye on. Except every time she looks his way, he’s got his eye on her, too.
Play it smart.
Beau Smiley is in the middle of a dangerous game, working for one motorcycle club while spying on another. Acting like a rat is not a life goal but a temporary gig for some fast money to see his ailing grandma through hard times. The plus side: getting close to the bohemian beauty, Pinecone Rudd, because she’s a person of interest, in more ways than one. The down-side: potentially falling for this girl while deceiving her at every turn. That’s why he created rules for himself, like rule #2: No distractions. Too bad he’s not very good at following them…
__________________________________________ 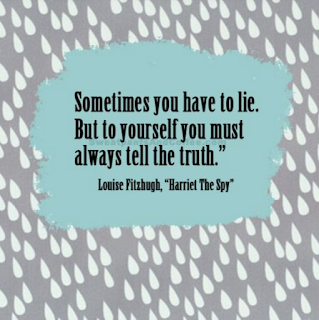 "Sometimes you have to lie. But to yourself you must always tell the truth." ~ Louise Fitzhugh, "Harriet the Spy (QuotesGram)

Posted by Stacia at 8:00 AM No comments:

Book #3 is completely written, rewritten, edited, formatted, polished and ready for consumption, but is currently in a holding pattern due to a contest I entered back in March. I can't publish until the Society of Children's Book Writers and Illustrators (SCBWI) names the WIP Award winners! Could be later today...could be Halloween.

While I wait, here's a sneak peak of chapter one using TagCrowd, whose claim to fame is to "Create your own word cloud from any text to visualize word frequency." Great for editing to all you authors and writers out there. 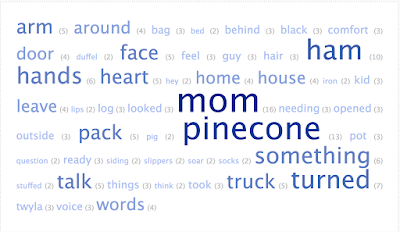 You might ask, What's this book about? My answer: Stay tuned :) I realize this isn't much to go on except to show I have unusual character names, and I used the words "hands" and "something" and "turned" often enough. So curious! 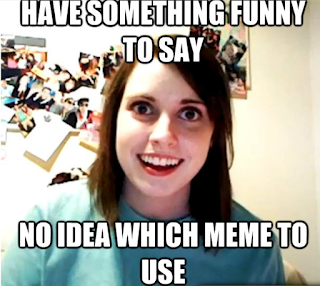